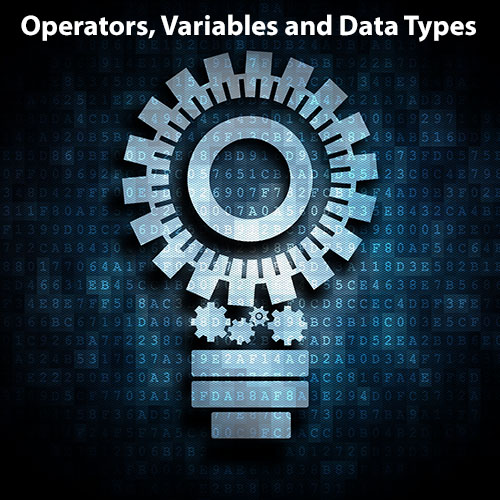 Variable values can be of various types (e.g, integer, decimal, or character) in C#. The type-safe feature of the language causes the compiler to confirm a correct data type for a variable's value. The compiler also rejects inappropriate operations on variables such as addition with a boolean variable. C# allows users to change variables.

The syntax of a variable declaration follows:

Review an example below:

Variables can also be declared using the var keyword, which tells the compiler to infer its data type:

When declared, a variable cannot be declared with a new data type or assigned an incompatible value, however, its type can be converted through lossless polymorphism.

C# is a strongly typed language;thus, every constant, expression, and variable must have a data type. All method signatures must specify the data type of parameters and return values. C# offers a set of built-in numeric types and a broader set of more complex types covering constructs like network connections, arrays, and dates.

Two important aspects of types in the .NET framework follow:

Operators offered by C# include the following types:

Expressions evaluate from left to right, but parentheses change the order dictated by operator precedence. Note that parentheses do not override a right associative operator such as “=”.